Home » Support in the Community » The Martyn Donaldson Music Trust 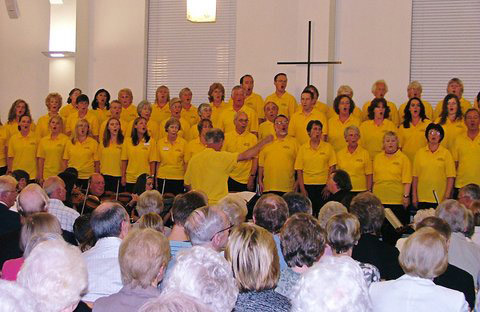 MDMT was established in 2003 to celebrate the life, and try to fulfill the dreams and ambitions of Martyn Donaldson who was a professional musician.

Martyn worked as the music volunteer at Starehe Boys’ Centre (SBC) in Nairobi, Kenya from 1996-98. MDMT now recruits young graduate musicians from the UK and supports them financially during their one or two year tour of duty at SBC and at its sister school, Starehe Girls. Until recently, these were the only secondary schools in Kenya offering a FREE academic education to disadvantaged capable young people.

MDMT sponsors a local Kenyan musician to provide music tuition once a week at Destiny Garden Junior School in a slum area of Mombasa. So successful has this been that in recent years various singing and dancing groups have qualified to perform not only at a regional festival level but also at the Kenyan National Festival.

MDMT provided a digital piano to the newly opened secondary school at Kitale, north of Nairobi, and to the new Masai Secondary School for Girls.

MDMT sponsored students to attend the first week long course following the establishment of the Kenyan National Youth Orchestra in 2010. Two MDMT volunteers acted as tutors during the course.

Supporting Music for Young People in the UK

Music for Youth is the organising body of Europe’s biggest music festival for young people. Around 50,000 young performers from age 5 to 21 take part in a myriad of classes covering every type of music making. MDMT offers travel subsidies to groups attending the regional and national events and the Proms; MDMT sponsors the Outstanding Performance Award for Senior Choirs and the Outstanding Award for Jazz in schools in England and Wales. Frequently MDMT has invited one of our award winners to come to Macclesfield and give a concert.

Recently MDMT has funded a music therapist to work with young people suffering with cancer at the Keech Hospice near Luton. We hope this will be an ongoing service MDMT can offer.

Wallasey Secondary School in a deprived area of Birkenhead on Merseyside is expanding its musical provisions and MDMT is funding weekly instrumental tuition for four students during 2014-15.

MDMT also sponsors musical workshops for young people at the Bollington and Buxton Festivals, musical projects organized by Musicians without Borders , and musical workshops supporting the Parachute Centre in Macclesfield.

The MDMT web site can be found at www.mdmt.org.uk which the trustees invite you to visit.